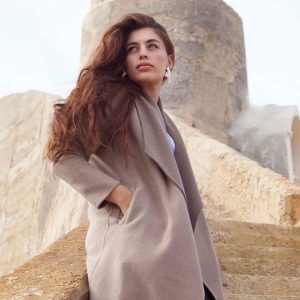 Enriqué  Tabone (b.1987 in Malta) is a UK-based artist, designer and founder of QUE Design Studio.

Her works have appeared at several exhibitions, events and venues, including the Ostrale Contemporary Art Biennale 2019 in Dresden, Germany, which came soon after her first solo exhibition at The Mill in Birkirkara, operated by the Gabriel Caruana Foundation in Malta.

A short film she co-produced in 2016 with Jenny Mercieca, Wild Flower, was featured at the 3rd Istanbul Design Biennale.

Previous exhibitions of her work were held in Malta at Spazju Kreattiv (2018), Palazzo Pereira (2015), BirguFest2014 in collaboration with the Valletta 2018 Foundation, St James Cavalier Centre for Creativity (2013); the Earth Garden Festival (2008, 2010 & 2011); the launch of Strada Stretta’s Splendid Lounge (2011); the Deception collective exhibition at Lascaris Wharf (2010), and Notte Bianca (2008). Other recent work has been exhibited as part of the 2018 touring exhibition Inspired in China, with venues including the Parliament of Malta Building, SkyParks at Malta International Airport, and the Ministry of Gozo.

Red Leaf (2014), a metal seating sculpture by Tabone, is permanently installed at the Verdala Sculpture Garden in Buskett, the official summer residence of the President of Malta.

Her most recent large-scale work Naħla (2017) was included in 3rd edition of VIVA – the Valletta International Visual Arts festival at Spazju Kreattiv; parts of this work now form part of Fondazzjoni Kreattività’s permanent collection, which is a substantial part of the modern and contemporary section of the National Art Collection of Malta.

Between 2016 and 2019 she operated the QUE Boutique Shop in Valletta, featuring her limited edition wearable art and home products made mainly from plexiglass. These unique custom designs have been displayed in various international publications (including British Vogue and Vogue Italia), shows and events in Malta, the Netherlands, Turkey and Poland. They are presently available exclusively from Valletta Contemporary and online at QUE.com.mt.